So what of the future, that my grandfather expressed trepidation over at the end of his memoirs? Having become refugees in the land he embraced and settled in as a young soldier during the Spanish American War, my grandfather was forced to relocate back to the family home of Manhattan, Kansas at the conclusion of World War 2. Settling in with his sister Ada, he subsequently spent the next two years petitioning the U.S. State Department to allow him and his family to return to Manila; among the old photos we have are letters exchanged with officials corresponding on this issue. They were finally allowed to return in 1947.

On the way back my grandmother gave birth to one last child, Freddy, in October 1946 in Los Angeles as they awaited passage back to the Philippines. This would indeed mean my grandfather sired one last child at the age of 69(!). Finally, the following March, 1947, they departed and returned to Manila.

The photos below are primarily from that latter half of the 1940s, and many of them have handwriting indicating who’s who and what’s what. My oldest uncles, Charlie and Henry, joined the Navy, Charlie at least eventually attaining the rank of Commander, like his father. My dad and I think the youngest, Freddy, also served in the Navy when they came of age.

My grandfather, Carl Ephriam Rice, the author of these memoirs I just completed sharing, passed away on August 2nd, 1950, at the age of 72. This led to my grandmother returning with her youngest children to Manhattan for good the following year. Suffering from asthma all of her life, in an era before medicine had enabled relief from the condition, she was to pass away at the young age of 55 in January 1965. (“The worst day of my life”, my father said once.)

My dad graduated from the same high school me and my brothers would graduate from 30-odd years later, Manhattan High, turned down a scholarship offer for Commercial Art from KU before being drafted and joining the Navy in the early 60s (my Uncle Charlie, I think, did get a degree in the same program from KU in 1952). The siblings all eventually dispersed to different parts of the country with my dad being the only one to stay in Manhattan and raising us. Charlie and Henry each married and had children and grandchildren and lived out their lives in Hawaii before passing away in 2005 and 2011, respectively. My uncle Freddy died young in a car crash under the influence at age 30 in 1977. My aunts Norma and Ellen currently reside in Oregon (Norma) and I think Ohio (Ellen) with families of their own. I vaguely remember Ellen’s family visiting us in Manhattan when I was six or seven in 1979 or ’80. For whatever reason we haven’t been too connected even though I have many cousins and extended family. 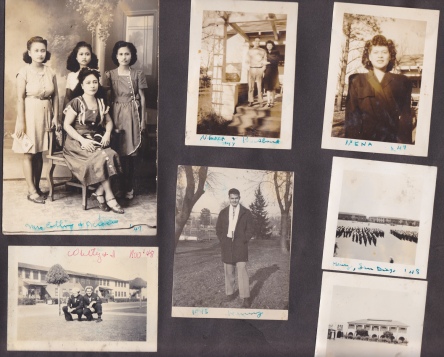 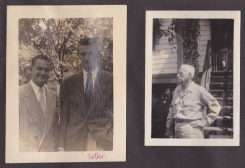 Uncle Charlie and friend, and my grandfather, late 1940s. 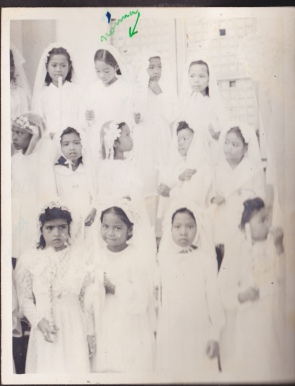 Uncle Charlie (middle) with friends at the Manhattan City Pool, 1948. 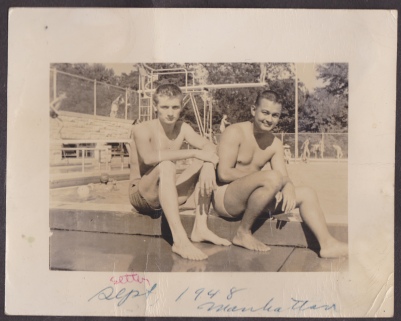 Class photo; my dad is third row up, second from right, looking to his right. Mid-1950s, Manhattan. 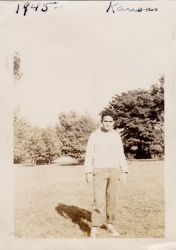 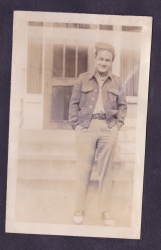 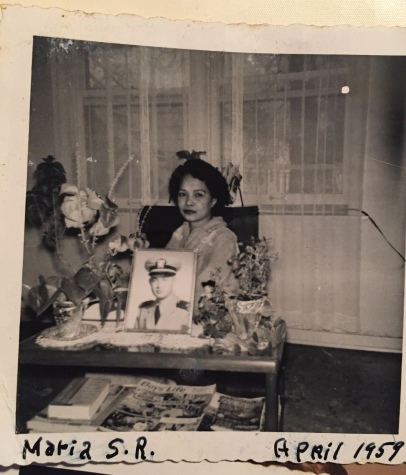 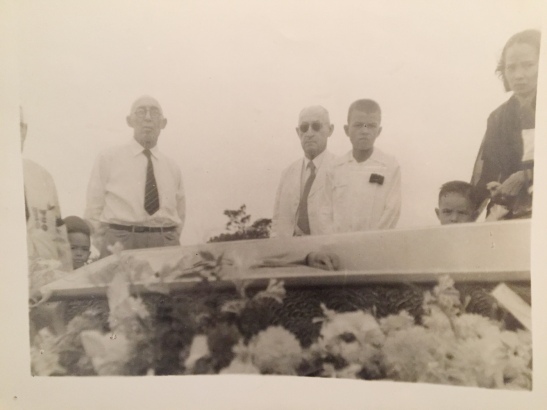 My grandfather’s funeral. At far right is my grandmother with my dad peering over the coffin. August 1950.

My Great-Aunt Ada, sister of my grandfather

Next: Final assessment of my grandfather’s memoirs.